The annual average area sown with barley (Hordeum vulgare) in South America during 1999–2003 was 795 000 ha. In Argentina, Brazil, Chile and Uruguay, two-rowed spring cultivars are used mostly for malt production. Research has been developed in private malting companies and official institutions supported by the industry. In Argentina, tolerance to drought and heat stress during grain filling are important in drier areas. Yield and malt extract had been improved in cultivars released from 1940 to 1998. In Brazil, progress in grain yield, grain size, malting quality, early maturity, and resistance to net blotch, powdery mildew, and leaf rust has been achieved by EMBRAPA and malting companies. Higher tolerance to soil acidity and resistance to spot blotch are required. Since 1976, malting barley breeding in INIA-Chile has improved grain yield, grain size, beer production efficiency, and resistance to scald, net blotch, stripe rust, and leaf rust. Uruguay produces high quality malt exported mainly to Brazil. Malting companies have released locally bred and introduced cultivars since the early 1970’s. Initiated in 1988, INIA-Uruguay breeding program has improved yield, malting quality, and lodging and disease resistance. Fusarium head blight is a new challenge for research in Brazil and Uruguay. Information regarding malting barley production, the most important stresses in different areas of production, and breeding progress under South American conditions is provided. 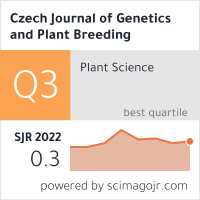