The effects of cytokinin types and their concentration on in vitro multiplication of sweet cherry cv. Lapins (Prunus avium L.)

Determination of the most optimal types and concentrations of plant growth regulators as medium constituents is one of the most important aspects of successful micropropagation, among other in vitro factors. With the aim of optimization of in vitro multiplication of sweet cherry cv. Lapins the effect of following cytokinins has been studied: benzyladenine (BA), isopentenyl adenine (2iP), kinetin (KIN) and thidiazuron (TDZ) at concentrations of 1, 2, 5, 10 and 15μM, combined with auxine, indole-3-butyric acid (IBA) at concentrations of 0, 0.5, 2.5 and 5μM. MURASHIGE and SKOOG (1962) was the basic medium used in all the combinations. The following multiplication parameters were monitored: multiplication index, length of axial and lateral shoots. Fresh and dry shoot weight (callus, stem and leaves – S + L) were determined. Some specific issues, such as colour, leaf and callus size, leaf roll, incidence of chlorosis or necrosis along with occurrence of rhizogenesis, i.e. roots unusual for this phase of micropropagation, were also monitored. The highest multiplication index as well as length of axial and lateral shoots was obtained on media with BA. Very poor multiplication, with large sized shoots and big leaves, was achieved on media with 2iP, TDZ and KIN, whereas in many combinations with 2iP, and particularly in those with KIN, rhizogenesis was induced. Obtained results suggest that the choice of cytokinins for the phase of multiplication of sweet cherry is limited to BA. For more rapid micropropagation, through joining rooting and multiplication phases, KIN and 2iP may be applied. The latter two may be also used to obtain sturdy shoots (elongation phase, prior to rooting). 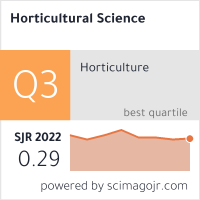