Results of silvicultural treatments conducted in the beech forests of Azerbaijan

In order to increase productivity, sustainability and protection of the 5-year-old beech plantations of the Greater Caucasus northeastern slopes, 10 plots were established in large gaps and glades of four quarters of the Quba and Qusar forestry. Silvicultural treatments which were realized based on sowing and planting methods or applying both of them in a combined form were carried in this region. The sowing operations were carried out on sites of 1 × 1 m and 1 × 2 m in size and using an amount of 120–300 individuals per hectare, located across the slope. The best results in sowing sites in terms of the number of emerging beech seedlings and their survival were obtained in fresh herbage, and the worst in moist herbage forest growing conditions. In the stands created by planting, in fresh herbage forest growing conditions the best results were obtained in the middle mountain belt and satisfactory in the high mountain belt. Cultivated plants 6–8 years after sowing (planting) were transferred to a forest covered area. During this time, in the plants were carried out: with sowing – 10 treatments, with planting – 5 agrotechnical treatments. 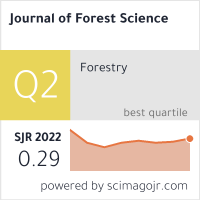